This project involved demolition and reinstallation of two Air Handling Units in a Mechanical Room in the Jester Center. This was the first AHU Replacement that MPS had performed for The University of Texas.

MPS demolished two existing Air Handling Units, and installed two new AHU’s approximately 30,000 cfm. The units were designed to fit into compact spaces. MPS built the units from the ground up. It began with the unit base frame, then installed inlet and outlet silencers for the vane axial fan (pictured above). The fan was mounted on a rail and wheels so it could be slid out for maintenance. MPS then installed coils and wall panels on all sides of the unit to complete the AHU. MPS was also responsible for the piping to the coils on this project.

Due to its performance on this project, MPS was used on many other University of Texas AHU Replacement projects. 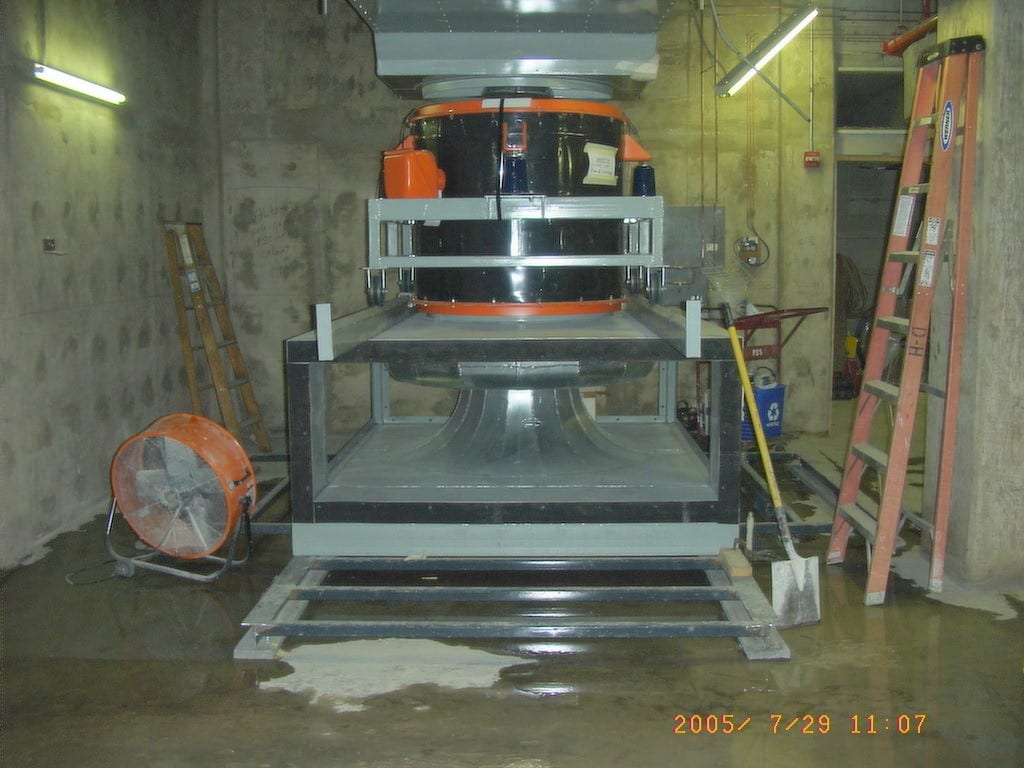 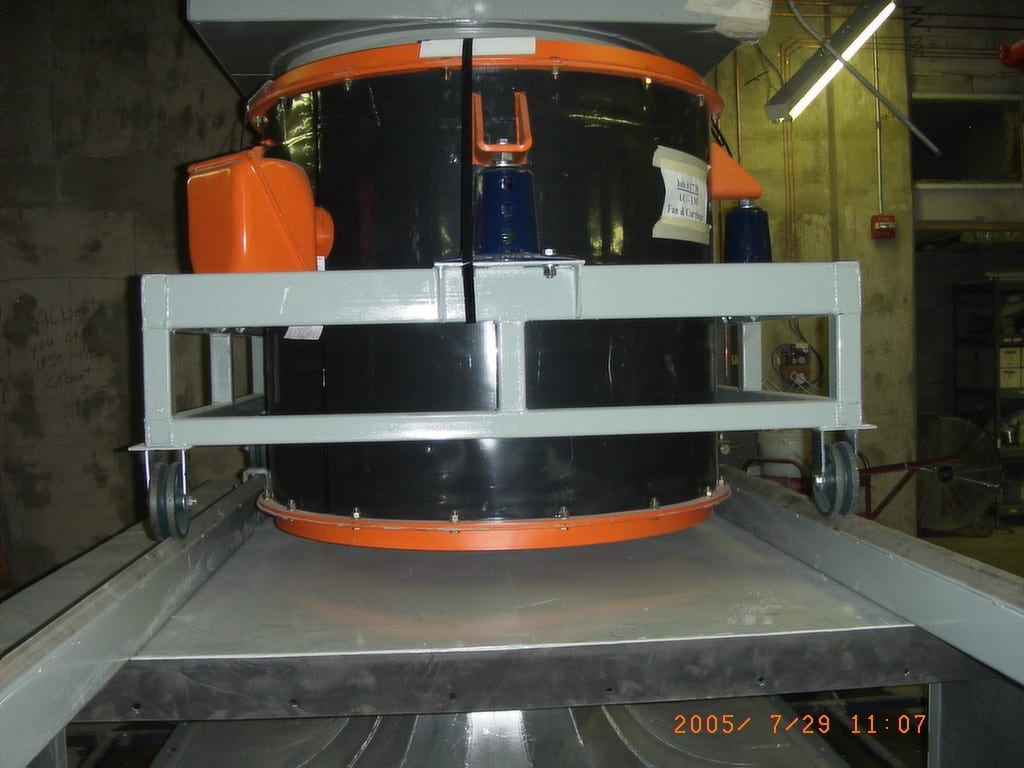 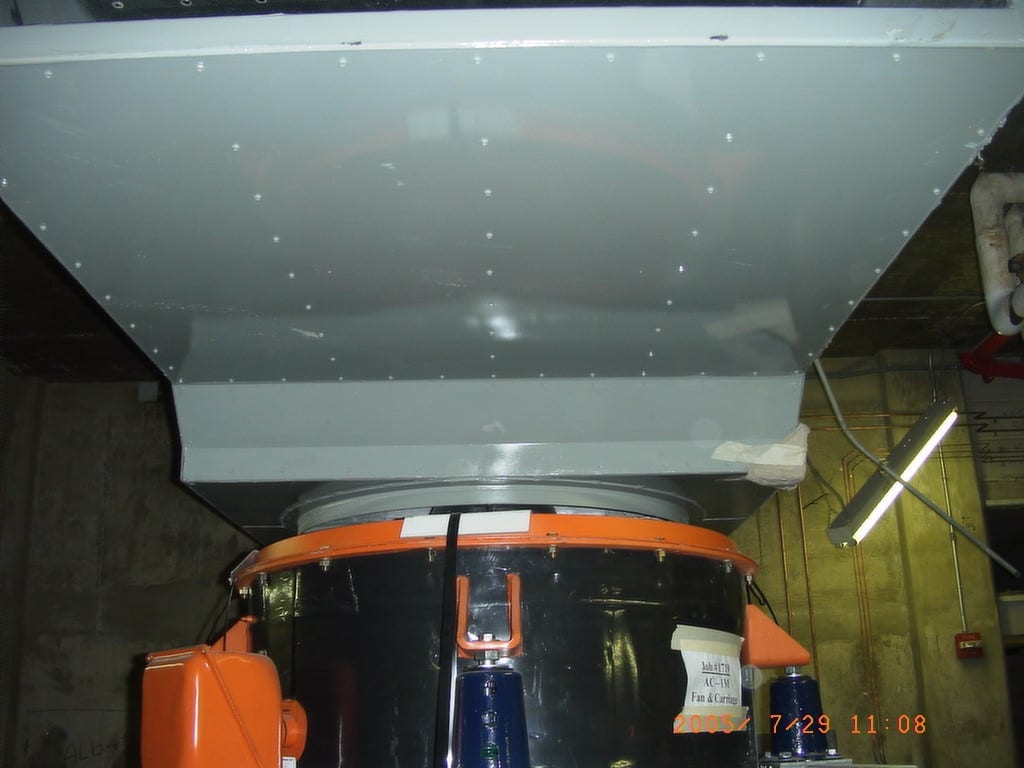